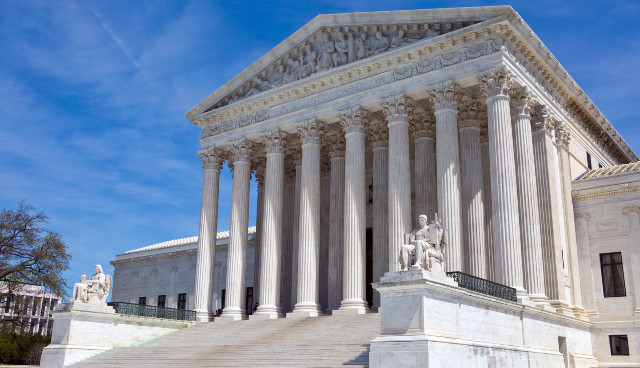 The Supreme Court on Monday tossed out several of the last remaining election challenges that have been raised since the time that former President Donald Trump lost to President Joe Biden in what many Trump supporters will see as a massive blow.

The cases, which were filed in the state of Pennsylvania and dispute the state’s allowance of mail-in ballots during the pandemic, were rejected by SCOTUS in an unsigned order. Earlier this year the court declined to consider litigation that was related to the 2020 presidential election until after Biden was inaugurated, which sent a pretty clear signal they wouldn’t be taking up the cases.

Justice Clarence Thomas dissented from the decision, writing that although too few ballots were affected by the new rules for it to make a difference, that may not always be the case.

“These cases provide us with an ideal opportunity to address just what authority nonlegislative officials have to set election rules, and to do so well before the next election cycle,” Thomas wrote. “The refusal to do so is inexplicable.”

Justices Samuel Alito and Neil Gorsuch, in a separate dissent, also wrote that the court could provide clarity on the question by taking up the cases.

“They present an important and recurring constitutional question: whether the Elections or Electors Clauses of the United States Constitution are violated when a state court holds that a state constitutional provision overrides a state statute governing the manner in which a federal election is to be conducted,” Alito wrote. “That question has divided the lower courts, and our review at this time would be greatly beneficial.”

The sheer volume of these cases should have sent a red flag up to the Supreme Court that something fishy was going on and warranted a closer look. We as Americans want to ensure the integrity of our election system is preserved so that every voice in this country can have a say in the direction our nation moves in the future.

By having these cases closely examined, we would be able to determine if fraud on a massive scale was responsible for changing the outcome of the election. If it turns out that’s not the case, well, that’s great. But if there is a problem on a large scale, measures need to be taken to prevent fraud on that level from ever happening again.