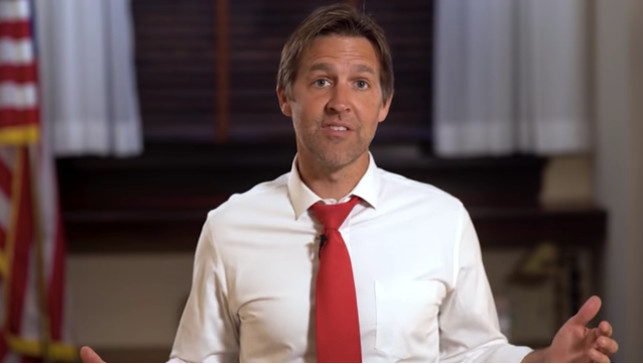 Sen. Ben Sasse, a Republican from Nebraska, is now calling on the United States to provide Ukraine with further intelligence so they can “kill the Russian invaders.”

Sasse made his comments during an interview he conducted Friday on the “Morning Joe” which airs on MSNBC.

“First of all, the intelligence community did a good job of getting intel out faster than they usually do to help deny [Russian President Vladimir] Putin the pretextual cover for what he was going to do [in Ukraine],” he stated during the interview.

“Ukraine isn’t a threat to Russia. Putin is a liar. He lies all the time. But he usually gets away with it. And the U.S. intelligence agencies helped thwart it this time. We need to keep that up, and we need to get tactical, actionable intelligence to the Ukrainians on the ground so they can kill the Russian invaders,” Sasse continued.

“We need to be arming them to the teeth. So, President [Joe] Biden should be coming to the Congress right now asking for an emergency supplemental for defense spending,” he added.

“We’re not going to put boots on the ground in Ukraine. We shouldn’t. We don’t need to. They [the Ukrainians] are willing to fight. But we need to arm them,” he went on to say.

“We need to do more sanctions,” Sasse stated during his television appearance. “We need to do them faster. But fundamentally, we need to have targeted sanctions to the 16 oligarchs – the mobster cronies who have enabled Putin’s madness.”

Sasse added that Germany’s efforts needed to be ramped on energy sanctions.

“There should be no Nord Stream 2 ever,” he commented. “But frankly, we need the Brits, who have been great allies in general. We need them to step up and acknowledge that there is a ton of Russian billionaire money bouncing all over London. We ought to perp walk those people out of the country. Their kids ought to be kicked out of their schools that they’re in in London. They should go back and live in Moscow’s hell holes with Putin.”