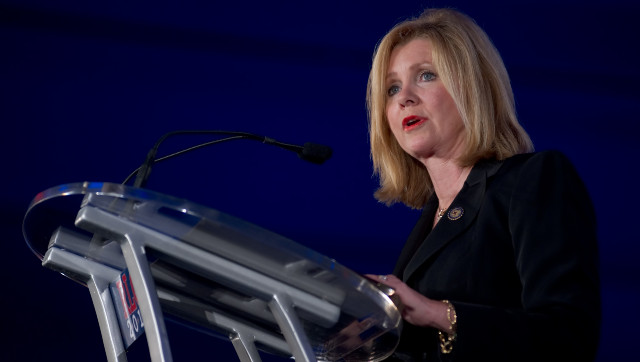 According to fiery Republican Sen. Marsha Blackburn, Department of Homeland Security Secretary Alejandro Mayorkas was acting like a total “pro at not giving facts and figures” while delivering his testimony in front of the Senate Judiciary Committee earlier in the week.

She went on to say that Mayorkas didn’t want to give answers concerning the record numbers of immigrants who have been flooding into the country ever since Joe Biden became president.

“What he continued to try to do the entire hearing was to deflect,” the Tennessee senator stated during an interview on Newsmax’s “Wake Up America.” “He was very arrogant. He was very ill-prepared, and so he was very dismissive of the hearing.”

Blackburn then said that the current administration doesn’t know where many of the individuals who entered the country illegally have gone.

“You’ve got about 250,000 that have been given the notice to appear,” she stated. “You have another group that was given a notice of removal. But what about the other 1.3-1.4 million people that have come across that that have been caught and released. He didn’t want to talk about any of that.”

Blackburn also discussed what Republicans would do if they flip the House and Senate to alleviate the immigration situation.

“You do exactly what the Border Patrol has said they need to have done, which is, number one, build the wall,” said the senator. “They have asked for a wall on the southern border for 30 years. Give them the wall.”

She also said Republicans would increase surveillance capabilities at the border, with more agents and officers, and would ensure that there are more judges to clear the backlog of immigration cases.

“You have to put remain in Mexico in place until those cases are heard, or remain in El Salvador or any other Central or South American country where these people are coming from,” said the Tennessee Republican.

The senator also commented on the news that a record 100,000 Americans will have died of drug overdoses this year and blamed the overdoses on the border situation.

“People are dying because the drug cartels are pushing these drugs across the border, moving them to their U.S.-based distribution centers in cities all across the country,” she went on to say later in the discussion. “Many of these drugs are coming from China in the first place as well, so you can add 762,000 dead from COVID to another 100,000 drug overdoses.”

Look, we all know why Mayorkas and Biden have no answers to this mess. It’s because they don’t want to have an answer for it. In fact, they are counting on this border crisis to help usher in lots of illegal immigrants to boost their voter registration rolls for the upcoming 2022 midterm election.

With the performance of the current president being so awful, they’ll need all the help they can get.