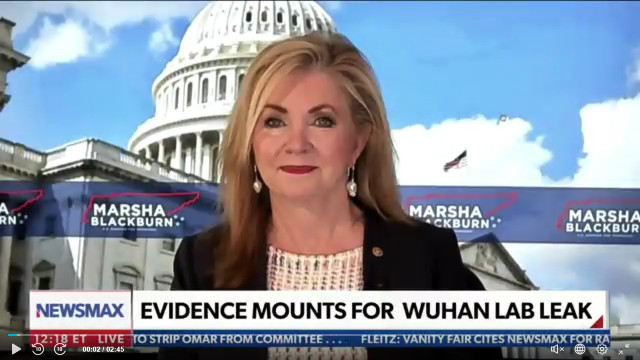 The Senate Judiciary Committee is currently talking about the American Dream And Promise Act, also known as H.R. 6, which Sen. Marsha Blackburn said had several issues due to the fact that it offered blanket amnesty for all immigrants and not just for “Dreamers.”

“The bill does have problems if you’re going to give amnesty to three million people, not just the 650,000 that are involved in the DACA program,” the Tennessee Republican stated during an interview on Newsmax’s “John Bachman Now.” “If you’re just going to do blankets and say okay, we’re going to cover everybody, then think about who all gets included in this.”

The bill, as written, grants citizenship not only to those who arrived to the United States as children and are covered under the Deferred Action on Childhood Arrivals program, enacted in 2012, but for people who now have temporary permission to stay in the United States, according to The Washington Post.

The problem with that, said Blackburn, is that there are people who are criminals who could be granted citizenship as a result.

Blackburn also commented on a video from Sky News in Australia that shows bats inside the Wuhan Institute of Virology, after claims had been made that there were no bats in the giant Chinese laboratory and that the COVID-19 pandemic must have begun outside the facility.

“It’s amazing what we’re beginning to find out about the Wuhan lab and how this theory was just punted aside,” said Blackburn. “You had big tech, big media, all saying, oh, there is no there there. You had people at the State Department, the career bureaucrats that were trying to push against investigating the lab, and then also, they were all pushing this wet market theory and it’s all falling apart on them … the truth generally comes out sooner or later.”

The video in question was taken back in spring of 2017 by the Chinese Academy of Sciences and then discovered by a group of scientists who are known by the acronym DRASTIC. They have been heavily involved in investing the theory that the coronavirus was man-made and caused by a leak from a lab. The footage shot inside the the lab shows bats being held at the facility and even shows a bat hanging from one of the workers’ hats. 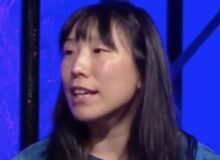