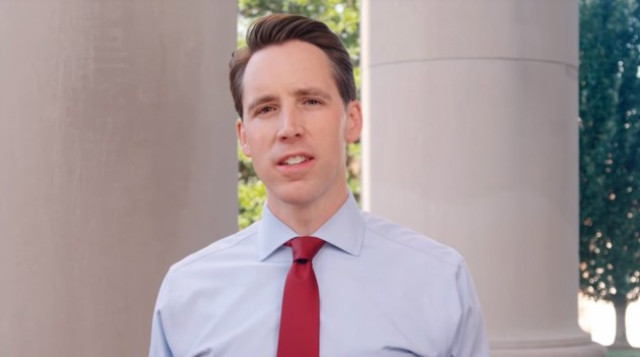 President Joe Biden has stated that his $2.3 trillion infrastructure plan has support from folks in both parties nationally, despite the fact that members of the GOP on Capitol Hill won’t support it.

However, according to Republican Sen. Josh Hawley from Missouri stated on Tuesday that he wants to know who has been telling the president they like his bill and the “socialism” contained within it.

“I don’t know what Republicans that President Biden is talking to across the country, but it’s nobody who lives in Missouri,” Hawley said during an interview he conducted on Fox News’ “Fox and Friends.” “I can’t imagine that there is Republican support for bringing socialism to America, which is basically what his plan is.”

Biden has proposed $4 trillion in new big government spending between his infrastructure bill and a family bill over the past month, and that comes on top of the almost $2 trillion that has been spent this year, Hawley said.

“He’s mortgaging everybody’s future in order to do what, fund a bunch of liberal pet projects, cancel energy jobs, let China run away with the global competition?” Hawley went on to say. “It’s crazy stuff that he’s proposing to do, and I don’t think there’s any broad-based support for it certainly not among Republicans or independents.”

Meanwhile, Hawley’s new book, “The Tyranny of Big Tech,” is being released Tuesday. Initially, the publishers Simon & Schuster canceled its plans to publish his book in the wake of the Jan. 6 violence at the Capitol, but another company, Regnery, opted to publish it.

Hawley said the book he penned focuses on the power that big tech monopolies have in America over politics and the government.

“It’s an incredible, unprecedented amount of power, and we see what they want to do with it,” the Missouri senator said. “Big Tech tried to suppress the stories about Hunter Biden and Joe Biden, we saw it in January, when they kicked [former President] Donald Trump off of Twitter and Facebook, and when they kicked numerous conservatives off those platforms.”

Big Tech companies attempt to “suppress speech they don’t like,” Hawley continued, “These companies want to tell us what we can think, what we can say, and they ultimately want to run the country, and we can’t let them. We’ve got to reclaim our democracy for the American people, and the book is about how we can do that.”

Facebook’s independent oversight board tweeted on Monday that it will announce a decision on Wednesday about whether it will uphold the ban that the platform and Instagram put on Trump’s accounts after the Capitol incidents.

“We ought to be able to say what we want to say within the bounds of the law, of course, in this country,” Hawley continued. “The idea that these corporations would decide what we can say and can’t say, who can speak and can’t speak. It’s crazy.”

What’s crazy is that Biden is so out of his brain that he doesn’t even know that the vast majority of folks in the GOP are not at all on board with his insanely socialistic infrastructure plan, which is really nothing more than a wish list of various pieces of the progressive agenda.