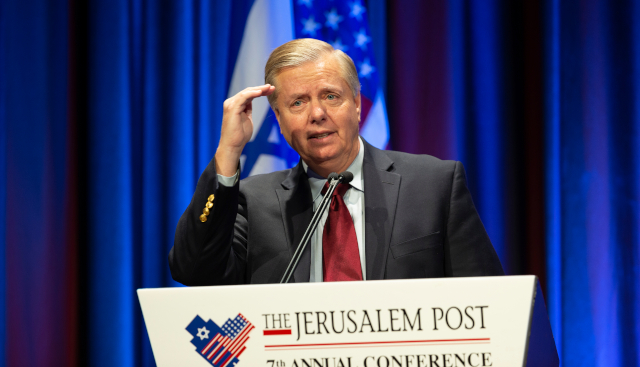 Sen. Lindsey Graham, a Republican from South Carolina, has often warned the members of the GOP that former President Donald Trump is the face of the party, however, he’s now fired a warning shot at Senate Minority Leader Mitch McConnell of Kentucky.

According to Graham, who conducted an interview on “Hannity” Wednesday evening, leading the Senate GOP requires following Trump, or McConnell should move out of the way.

He’s not wrong though.

“Elections are about the future,” Graham stated during his appearance on the program. “If you want to be a Republican leader in the House or the Senate, you have to have a working relationship with President Donald Trump.

“He’s the most consequential Republican since Ronald Reagan. It’s his nomination if he wants it, and I think he’ll get reelected in 2024,” he added.

But years before the next presidential election, there will be a decision on who leads the Senate GOP, and Graham suggested he could not vote for McConnell, who has broken with Trump after Jan. 6.

“I’m not going to vote for anybody for leader of the Senate as a Republican unless they can prove to me that they can advocate an ‘American First’ agenda and have a working relationship with President Trump, because if you can’t do that, you will fail,” Graham stated in conclusion.