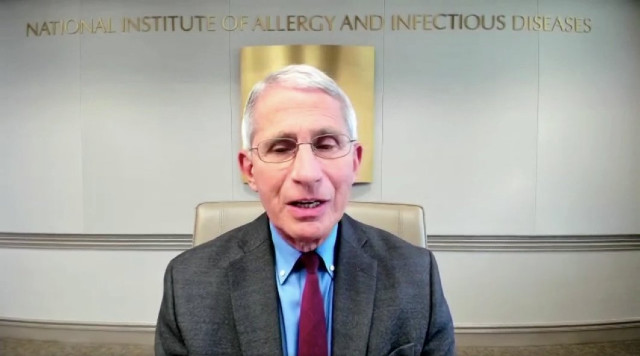 Sen. Rand Paul has stated that he would like the Department of Justice to open up an investigation into Dr. Anthony Fauci for allegedly lying to Congress, according to information posted in a tweet by Newsmax White House Correspondent Emerald Robinson.

“Senator Rand Paul has announced that he’s sending a criminal referral to the DOJ to investigate Dr. Fauci for the crime of lying to Congress,” Robinson said in his post on Twitter.

The Kentucky senator spoke during an interview on Fox News’ “Hannity” program, stating that he believes the National Institute of Allergy and Infectious Diseases director fibbed before Congress and ultimately violated the law, stating, “I will be sending a letter to Department of Justice asking for a criminal referral, because he has lied to Congress. We have scientists that were lined up by the dozens to say that the research he was funding was gain of function.”

On Tuesday, Paul and Fauci clashed at a Senate Health Committee hearing after the senator implied that Fauci previously lied to Congress about the role the National Institutes of Health (NIH) played in funding controversial research in Wuhan, China, the National Review reported.

Paul implied that Fauci misled Congress during May testimony, in which Fauci said that the United States had never funded Wuhan Institute of Virology gain-of-function projects, which involves making viruses more contagious or deadly in a laboratory.

Fauci rejected Paul’s claims at the hearing on Tuesday and said the senator does not know what he is talking about.

Paul explained on “Hannity” that Fauci is throwing baseless accusations at him, because the doctor “has a self interest to cover his tracks and to cover his connection to Wuhan lab.”

Paul went on to concede that Fauci himself isn’t worthy of shouldering all of the blame for the coronavirus pandemic because “there’s still some conjecture as to whether or not it came from the lab. But he’s lying about whether or not he funded gain of function research, and yes, he should be punished.”

One thing’s for sure. There needs to be an investigation. All of those emails being released made at least that much clear.