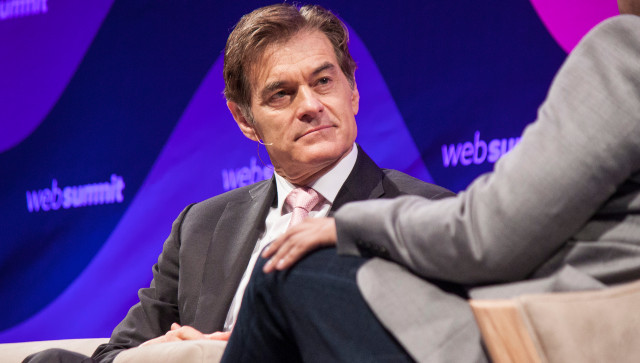 According to Pennsylvania Senate primary candidate Dr. Mehmet Oz during an interview with Newsmax, when you take politics and mix it with medicine, you get politics and not healthcare. Oz then denounced Dr. Anthony Fauci’s “I represent science” statement.

“We have a J. Edgar Hoover of public health right now, and that’s not what we want,” Oz, who is a Republican and just announced he’s running for Senate this week, said to the folks on the Wednesday edition “Greg Kelly Reports.”

“We just want to have people coaching us, giving us advice if they’re scientists, and let the people who are the decision-makers, who have been elected by the people of this country, to make decisions accordingly,” he stated.

“That process has been thwarted a little bit. It’s been off-kilter, not balanced,” he remarked.

Hoover, the first FBI director, was credited with creating the federal law enforcement bureau. He is also widely criticized, however, for having abused his power to serve presidents’ interests.

Oz told host Greg Kelly that the politicization of science and squelching of different medical opinions are taking healthcare in the wrong direction.

“That’s actually one of the big problems we’re having in America: People with good ideas get shamed, get silenced, they get bullied, they get canceled,” Oz went on to say. “And in medicine, if you don’t say what you see, people die.

“I never understood how we messed this up so badly, but least that basic assumption — that you can say what you believe is happening and be respected for it, which doesn’t happen to a lot of conservative people — that’s a big part of my platform,” he continued.

Former President Donald Trump is one of the most prominent conservatives who should be “celebrated” and not vilified for his response to the COVID-19 pandemic, having done “things that I think he didn’t get credit for,” according to Oz.

“No matter who you are in this political spectrum, the Operation Warp Speed [was a] success,” Oz commented, referring to the the mRNA vaccines as “the gift to the world.” “I’m not for the mandates, but I do believe the vaccine was a plus. This is something we should be celebrating. Instead, it was the opposite.”

“People were literally rooting against what President Trump was trying to do on COVID, and at the time we’re sitting there thinking, ‘how is this impossible?'” The doctor-turned-senate candidate said.

“And, as a doctor, I’ll tell you when you mix politics and medicine, you get politics. And it was infuriating because we ought to be rooting for the best solutions,” he continued.

Oz has listened to Trump voters and is now pouring all of his fame and fortune into his Senate campaign as a way to pay “a debt” to society, going on to say, “I cannot be bought.”

That is definitely something that will make him attractive to Trump’s base. In fact, that was one of the things that convinced many people to go ahead and pull the lever for the former president in the first place.

“I do respect what the Trump voters are feeling, which is they recognize that someone stood up for them, someone took hits on them, someone fought for them, and they want their turn,” he said.

“They’re waiting at the well for their chance, and everyone keeps getting put in front of them because the federal government’s taken actions that they don’t think they should be able to be pushed to the side for, and President Trump addressed those issues,” Oz concluded.