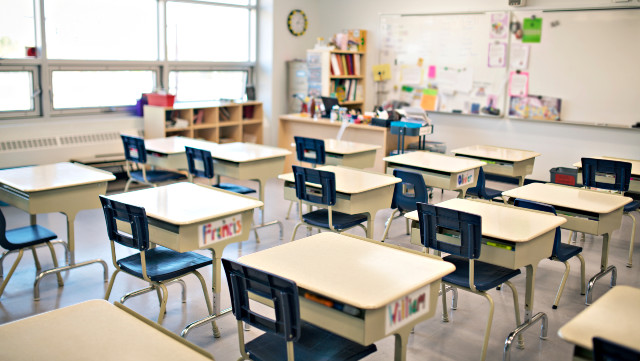 According to new reports, parents and residents who live in San Francisco voted overwhelmingly on Tuesday to recall three far-left progressive members from the city’s school board who have been accused of pushing a radical left-wing agenda and putting kids last during the coronavirus pandemic.

Democratic Mayor London Breed responded to the recall stating that it was a sign that educators and board members should focus their efforts on creating a “well-run” public education system “above all else.”

As reported by Fox News, in January 2021, San Francisco citizens launched a recall of President Gabriela López, Vice President Faauuga Moliga and Commissioner Alison Collins, “claiming the school board members poorly chose their priorities, which included the renaming of 44 schools, but were slow to reopen district schools that were closed under the coronavirus pandemic.”

As noted by The New York Times, the board wanted to rename 44 schools in the city based on progressive ideology. Collins also came under fire anti-Asian tweets.

The targeted schools carry the names of a range of historical figures including Abraham Lincoln and the three other presidents chiseled into Mount Rushmore; Spanish conquerors such as Vasco Núñez de Balboa; John Muir, the naturalist and author; and Paul Revere, the Revolutionary War figure.

After receiving a load of criticism, even from Mayor Breed, the board then put the renaming process on hold. A judge then ruled that the board was in violation of a California law on open meetings in its proceedings.

Criticism of the board grew stronger, while signature gathering for the recall effort was already happening, when the controversial tweets from Collins, the board’s vice president, were uncovered.

In these tweets, she stated that Asian Americans were like slaves who benefited from working inside a slave owner’s house. This comparison drew the ire of Asian American groups and many city leaders called the comments racist.

“At least 70% of voters supported removing each member from the school board, something an organizer of the re-call effort called a ‘revolt’ against their agenda. Siva Raj, a Golden City parent, told The New York Times that the vote was ‘the people rising up in revolt in San Francisco and saying it’s unacceptable to abandon your responsibility to educate our children,'” the report said.

“The city of San Francisco has risen up and said this is not acceptable to put our kids last,” Raj then told Fox News.  “Talk is not going to educate our children, it’s action. It’s not about symbolic action, it’s not about changing the name on a school, it is about helping kids inside the school building read and learn math.”

Another of the parents, Ann Hsu, “helped register more than 500 Chinese residents in the months before the election.”  Hsu then pointed out that this issue was extremely important to immigrants who came to the United States from China.

“That’s been ingrained in Chinese culture for thousands and thousands of years,” she said referring to the importance of education. The mother also went on to tell The New York times that the board was “incompetent.”

Breed, who is up for re-election this year, also referred to the vote as a “clear message.”

“The voters of this city have delivered a clear message that the school board must focus on the essentials of delivering a well-run school system above all else,” Breed then said in a statement after the vote. “San Francisco is a city that believes in the value of big ideas, but those ideas must be built on the foundation of a government that does the essentials well.”

My statement on the School Board recall election results: pic.twitter.com/Jj3Gu37O6R