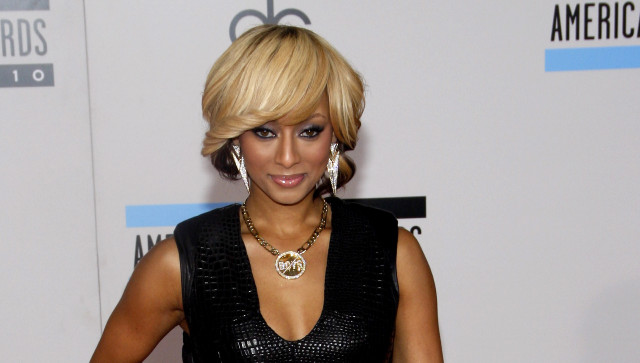 Keri Hilson, a singer, songwriter, and actress, has come out and stated that the Twitter ban of President Donald Trump is “dangerous,” sending out a warning that “democracy must include the freedom of speech” and went on to say she believes the censorship will go far beyond Trump.

You know, it’s so shocking when a celebrity in the entertainment industry actually has the spine to break with the pack and stand up boldly for our God-given rights. It’s enough to leave you speechless. Well, most people would be anyway.

“This may be funny. But it is a little dangerous too,” Hilson posted in an Instagram story. “Take Trump out of it for a moment…A democracy must include freedom of speech. Imagine other leaders or popular figures not being able to voice their opinion if it opposes majority of world leaders…Our freedom of speech being taken from us.”

“Slowly but surely (censorship),” she warned. “If the leader of the ‘free world’ can be removed. Imagine that same right of civilians. Imagine believing every time you read ‘false information detected’ and propaganda, deceptive reports, and flat out lies being the only thing we see.”

Hilson was bombarded with ridicule over her warning from fans accusing her of “defending” President Trump. Hilson, of course, is a left-wing activist, even performing at a campaign event for Democratic darling Stacey Abrams back in 2018, during her unsuccessful bid for governor of Georgia.

Hilson responded to all of the hate and backlash by doubling down on her defense of free speech and then emphasized that she doesn’t “give a f*** about Trump.”

You don’t have to be a fan of President Trump in order to understand the critical importance of the First Amendment and to desire to see the right to free speech being preserved in our culture.

“For the record, I don’t give a f*** about Trump. My post wasn’t as much about him as some are purposely trying to make it. If you can’t comprehend, I said ‘take Trump out of it,’ so don’t come at me like I’m caping for Trump. I recognize why we was removed. It’s the wider view that’s scary to me,” the actress said.

“It brought on a broader fear because I have several influential friends who are constantly censored, silenced & shadow-banned for anything they post — even personal opinions — that opposes the gov’t, elite agenda, or cooperative platforms. And they’re NOT inciting violence. That’s where I’m coming from,” Hilson clarified.

Keri Hilson stepped in to further explain her comments on censorship pic.twitter.com/JorlgHZ21s

There are far too many entertainers in the modern cesspool of Hollywood who ignorantly celebrated the silencing of Trump’s voice. Actor Sacha Baron Cohen called the ban “the most important moment in the history of social media.”

After that, Cohen slammed YouTube CEO Susan Wojcicki for not dropping the ban hammer on the president.

These morons are actually fighting for companies and governments to have the right to silence the voices of the people they call their enemies. Apparently, they think the government will only be on their side and uphold their right to speak freely. Little do they know the powers-that-be plan to muzzle them too.

Essentially, they are fighting against their own best interest. Makes no sense, does it?