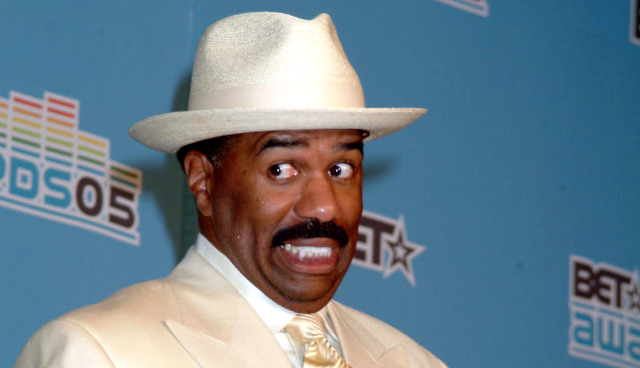 Comedian and television show host Steve Harvey has decided to come out swinging against cancel culture, going on to say that “political correctness has killed comedy,” and making the claim that his career would not survive if he were doing a comedy show today.

“The only way I can do one more special is if it’s at the end of my television career because it will end my television career,” Harvey went on to say, according to a report from  Variety. “We’re in the cancel culture now. No stand-up that is sponsor-driven can say anything he wants to. Chris Rock can’t. Kevin Hart can’t. Cedric the Entertainer can’t. D.L. Hughley can’t. I can go down the list. The only person that can say what they want to say on stage is Dave Chappelle because he’s not sponsor-driven. He’s subscription-driven.”

Chappelle caused an uproar last year after cracking anti-transgender jokes during his Netflix special “The Closer” but rather than back down from the backlash, he embraced it.

“If this is what being cancelled is like, I love it,” Chappelle said in October at a star-studded show at L.A.’s Hollywood Bowl, according to The Hollywood Reporter. Rather than be booed off stage, Chapelle received a standing ovation. Fans cheered and Netflix stood by his side by making the decision not to pull the comedy special from its streaming platform or end its working relationship with him.

Instead, late last year the streaming giant announced that Chappelle will be headlining a show taking place next year at the Hollywood Bowl as part of the “Netflix Is a Joke Festival,” which will run from April 28 through May 8 and will see over 130 artists performing at 25 venues across Los Angeles. Things may not pan out the same for Harvey if he were to deliver a comedy show without any restraints.

“If I had tried to continue as a stand-up, there’s no way I could maintain it,” Harvey said to reporters. “Political correctness has killed comedy. Every joke you tell now, it hurts somebody’s feelings. But what people don’t understand about comedians is that a joke has to be about something. It has to be about somebody. We can’t write jokes about puppies all the time. The joke can’t be about bushes all the time. Some of these jokes will have to be about people, because that’s the most interesting topic. So if I come back, I’ll have to wait until I’m done. And I’m not done. I want to do one more. I’ll probably have to call it ‘This Is It.'”

Political correctness is destroying comedy, which has historically been a way to tackle taboo and difficult cultural subjects and thus an important facet of advancing culture.

Isn’t it ironic that a belief system called “progressivism” is actually causing the stagnation of our society?