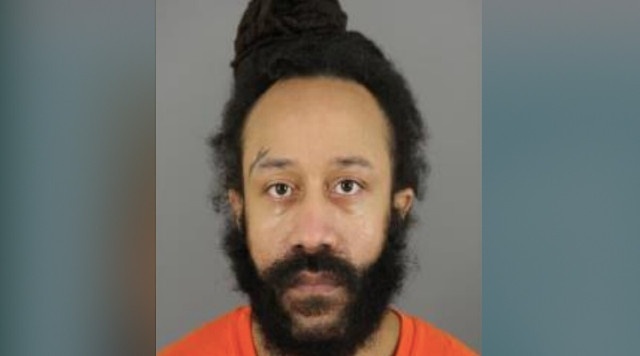 According to new reports, the neighbor of the man who is suspected of killing five people during a vehicular rampage on Sunday stated that he saw the man’s ex-girlfriend fleeing his home “with no shoes and a black eye” just before the tragedy happened.

The neighbor, who would only identify himself as Ebony, conducted an interview with The Sun at her home in Waukesha, Wisconsin, going on to say that the suspect and his ex-girlfriend were notorious for having fights at his house. She stated many of these disputes took place outside of the home and the neighbor would have to step in to break them up or make threats to call law enforcement.

Ebony then said that the suspect always “seemed off” and was often “talking to himself.”

Definitely doesn’t sound like he was the picture of perfect mental health.

Waukesha police said in a press conference on Monday afternoon that the suspect was involved in a “domestic disturbance” prior to allegedly driving his SUV through a Christmas parade.

Police arrested a 39-year-old black male on Monday and charged him with killing five people after he allegedly drove a red Ford Escape through a parade. Dozens more were wounded in the incident, including many children. The Daily Wire has decided not to name the man per its policy against naming the alleged perpetrators of mass casualty incidents.

The suspect had been out of jail for just days after posting a $1,000 in bail. Milwaukee County District Attorney John Chisholm admitted on Monday that the suspect’s bail had been set “inappropriately low” for the charges against him and his past alleged criminal conduct. Chisholm said in a statement.

“On November 5, 2021, the Milwaukee County District Attorney’s office issued against [the suspect] charges of Second Degree Recklessly Endangering Safety, Felony Bail Jumping, Battery, Obstructing an Officer and Disorderly Conduct … The most recent case against [the suspect] was appropriately charged. The state made a cash bail request in this case of $1,000, which was set by the court. The defendant posted $1,000 cash bail on November 11, resulting in his release from custody,” the statement said.

“The State’s bail recommendation in this case was inappropriately low in light of the nature of the recent charges and the pending charges against [the suspect]. The bail recommendation in this case is not consistent with the approach of the Milwaukee County District Attorney’s Office toward matters involving violent crime, nor was it consistent with the risk assessment of the defendant prior to setting of bail,” the statement continued.

The suspect in the case has a rather extensive criminal record. Back in 2006, he was convicted of statutory sexual seduction of a minor and was then listed on the state of Nevada’s sex offender registry. He also had many run-ins with law enforcement in Wisconsin.

“[The suspect] has a criminal history in Wisconsin. In 2020, he was charged with recklessly endangering safety and being a felon in possession of a firearm, according to documents from the Milwaukee District Attorney’s office provided to NPR,” NPR revealed in its report.

“The documents also show that [the suspect] previously used his vehicle to cause harm. Earlier this month, he confronted a woman outside a motel. He knocked her phone out of her hand and drove off. He then returned, punch her in the face and and ran her over with his vehicle. The report notes that the woman had tire marks on her pants in addition to other injuries from the incident,” the report continued.

It seems more and more that this man was sick in the head. You have to be in order to do something like this and not care that you killed innocent people.

Apparently, the suspect was an amateur rap artist as well. His social media accounts were rife with support for Black Lives Matter and featured all sorts of nuttiness.