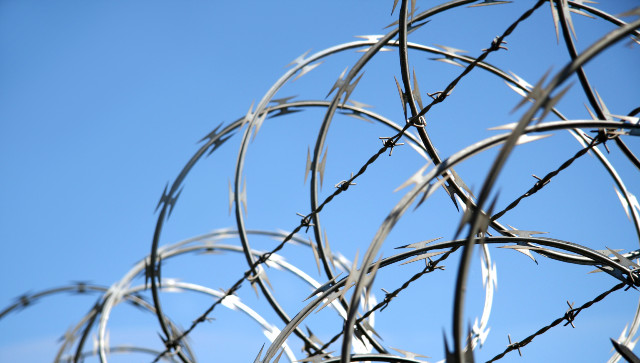 Four of the “Taliban Five” have been placed into key positions in the new Taliban “caretaker” government in Afghanistan following the takeover of the country by the terrorist organization. These individuals were once housed in Guantanamo Bay, but were released as part of an exchange for U.S. Army deserter Bowe Bergdahl.

The Taliban managed to erase all of the work America has done in Afghanistan over the last two decades as the result of a badly botched troop withdrawal on President Joe Biden’s orders.

The five men had been members of the Taliban government prior to its overthrow by U.S. forces in the wake of the terrorist attacks of Sept. 11, 2001. Before being sent to Guantanamo Bay, Noori was a Taliban governor and is believed to have been involved in the massacres of thousands of Hazara, Uzbek, and other Shiite minorities. Wasiq was a member of the Taliban’s intelligence services and worked with outside terrorist organizations. Khairkhwa helped found the Taliban, worked with terrorist groups, and was close to Taliban founder Mullah Mohammed Omar and Osama bin Laden. Fazil was a high-ranking official in the Taliban military and also engaged in large-scale ethno-sectarian killing. Omari was accused of having connections to al Qaeda, the Haqqani network, and other terrorist groups.

By early 2019, members of the Taliban Five appeared across the negotiating table from U.S. diplomats in what was seen as a slap in the face.

The Taliban reportedly appointed Mohammad Hassan Akhund, who is a longtime ally of Omar, to serve as the country’s new acting prime minister. Guess this guy is really moving on up, isn’t he?

Akhund , who served as the foreign minister of the Taliban before the U.S. invaded the country back in 2001. He once told the United Nations back in 1999 that “we will n ever give up Osama at any price.”

“Abdul Ghani Baradar, a co-founder of the Taliban with Mullah Omar, was appointed to be Akhund’s deputy, along with deputy Abdul Salam Hanafi, a former negotiator for the group in Qatar. Baradar, the head of the Taliban’s political office in Doha, Qatar, was freed from Pakistan in 2018 and is the most prominent of thousands of Taliban prisoners freed at America’s request in its efforts to promote failed peace  talks between the Taliban and the Afghan government,” the Newsmax report said.

“The February 2020 agreement in Doha, signed by the United States and Baradar, called for the release of up to 5,000 Taliban prisoners and up to 1,000 prisoners held by the Taliban. The so-called peace agreement also said the U.S. ‘committed to withdraw from Afghanistan all military forces’ within 14 months, while the Taliban said they would take ‘steps to prevent any group or individual, including al Qaeda, from using the soil of Afghanistan to threaten the security of the United States and its allies,'” the report continued.

The Haqqani network also got their hands on a few top positions with leader Sirajuddin Haqqani chosen to be the acting interior minister for the Taliban. This man’s uncle, Khalil Haqqani, has been appointed to the position of acting minister for refugees.

“So we get Bergdahl, a traitor, and they get five of the people that they most wanted anywhere in the world, five killers that are right now back on the battlefield doing the job,” Trump stated during a campaign rally back in 2015.

“Bergdahl, a former Army sergeant, walked away from his battalion outpost in eastern Afghanistan in June 2009 and was soon captured by the Haqqanis and then the Taliban and held captive for five years. The Obama administration’s Gitmo prisoner swap decision, celebrated by the former president in the Rose Garden, was opposed by many at the Pentagon and was strongly criticized by Republicans. Bergdahl pleaded guilty to desertion and misbehavior charges,” the report stated.

An investigation carried out by the Army found no evidence to suggest that there were any American soldiers who had been killed during the search for Bergdahl, though many did suffer injuries.