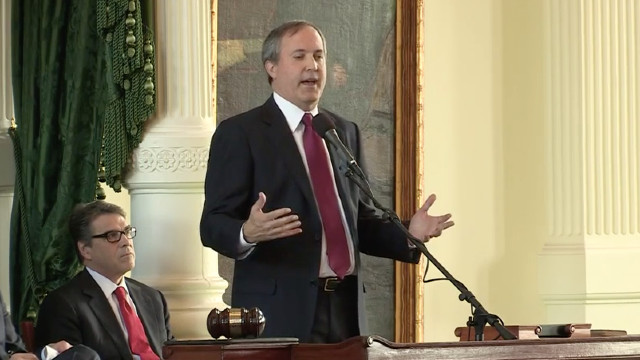 According to Attorney General Ken Paxton, the state of Texas is going to do “everything possible” in order to provide protection for parents who are now being targeted by the Biden administration for daring to do their parental duty to guard and defend their children at school board meetings.

U.S. Attorney General Merrick Garland announced on Monday that he would be mobilizing the FBI and other U.S. attorneys to “investigate and prosecute” protesters who show up at public school board meetings to voice their opposition to things like critical race theory, and vaccine and mask mandates.

“We’ll stand next to them. We’ll fight for them legally. We’ll do everything we can, and we’ll speak out against our own government for threatening our own people,” he added.

On Wednesday, parental activists pointed out that Garland’s son-law-in was co-founder and president of Boston-based Panorama Education, an analytics software and services company that sells critical race theory surveys to schools.

Critical race theory is defined by Encyclopaedia Britannica as the concept in which race is a socially constructed category ingrained in American law intended to maintain social, economic, and political inequalities between whites and nonwhites. It holds that U.S. society is inherently or systemically racist.

“This is one of the scariest things I’ve seen where you’ve got the Department of Justice and the FBI investigating parents, especially in light of the fact that Merrick Garland has this conflict,” Paxton went on to say. “But even without the conflict, it’s pretty scary to think of the FBI investigating parents for really just exercising their right to be heard, and exercising their right to take care of their own children.”

“This is an exaggeration designed to push this forward so they can threaten parents. This looks a lot more like what happens in other countries we study, whether it’s Germany or Russia. It’s really frightening to think of our government now threatening parents. And look now, these parents have a right to be angry. Some of the stuff happening in these schools should infuriate every parent,” the attorney general said.

Paxton was also asked about a group of governors joining Texas Gov. Greg Abbott, a Republican, at the U.S.-Mexico border to criticize President Joe Biden’s handling of immigration issues.

“I applaud the governors for standing up and speaking out,” Paxton continued. “I think we have to accept the fact the Biden administration wants as much illegal immigration they can get.”

“The Biden administration is inviting this, we’re suing them, we’re trying to win in court. They’ve been ordered to stop some of this, and they’re still doing it, so we’re going back to court to fight them. They seem to be in the position where they’re willing to ignore what Congress said and the courts. They seem to say they think they’re invincible,” he concluded.