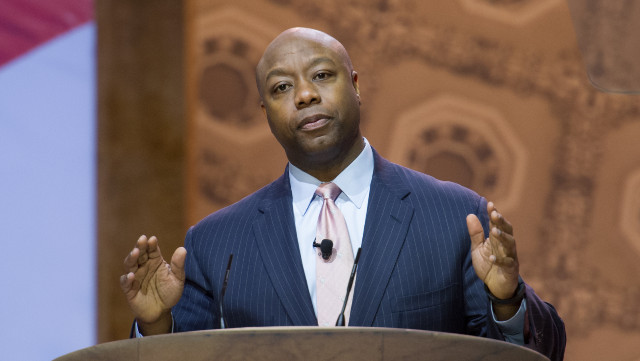 Once again, the Democratic Party is proving that the racism they claim to be fighting against in our culture is actually deeply rooted in their own ideology and resides mostly on their side of the fence.

Texas Democrat Gary O’Connor is catching a lot of well deserved heat for calling Sen. Tim Scott of South Carolina an “Oreo,” after he gave his party’s rebuttal to President Joe Biden’s address to Congress.

According to The Daily Mail, O’Connor, the chair of the Lamar County Democratic Party, wrote on Facebook: “I had hoped that Scott might show some common sense, but it seems clear he is little more than an oreo with no real principles.”

Dictionary.com describes the term “Oreo” as offensive and disparaging slang for “a Black person who is regarded as having adopted the attitudes, values, and behavior thought to be characteristic of middle-class white society, often at the expense of their own heritage.”

The post has since been deleted, but came after Twitter removed the phrase “Uncle Tim” from its trending topics following Scott’s rebuttal.

Rep. Pat Fallon, R-Texas, who represents Lamar County, said in a press release that “Gary O’Connor’s comment against Senator Tim Scott is abhorrent, insulting, and unforgivable. Both he and the entire Lamar County Democratic Party should be ashamed of this racist behavior.”

Fallon then went on to call on O’Connor to “apologize and step down immediately,” then stated that the Texas Democratic Party, along with the NAACP, should come out strong and “condemn these words,” and noted the party should “take swift action to censure him.”

“This kind of behavior is not tolerable in Texas, the United States, or any political party,” Fallon added.

“Hear me clearly: America is not a racist country. It’s backwards to fight discrimination with different discrimination. And it’s wrong to try to use our painful past to dishonestly shut down debates in the present,” Scott stated in his address.

Later on he said, ” “Intolerance so often comes from the left with words like ‘Uncle Tim’ and the ‘n-word’ being used against me. And last night what was trending in social media was ‘Uncle Tim,’ and they doubled down on this concept of liberal oppression. It is stunning in 2021 that those who speak about ending discrimination want to end it by more discrimination. The left has doubled down that they are going to, not attack my policies, but they’re literally attacking the color of my skin.”