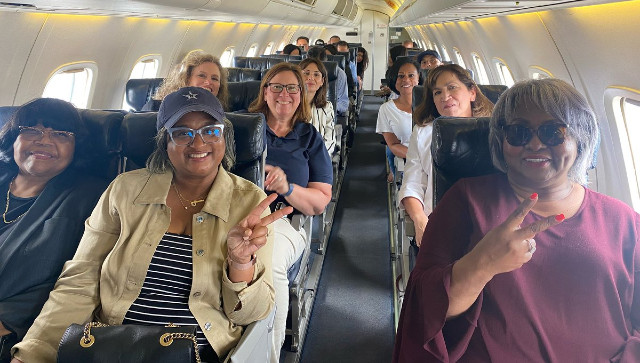 The almost 60 Texas Democrats who fled from the state and took a trip to Washington, D.C. in order to block a pair of Republican supported voting bills are now asking for the public to donate some Dr. Pepper, salsa, candy, and other toiletries as they creep up on the two-week anniversary of the start of their little vacation.

The Dallas County Democratic Party announced these developments over the weekend, stating it would host collections all week long from 9 in the morning until 5 in the evening. These people are delusional and so out of touch with reality it’s almost scary.

Texas Sen. Ted Cruz mocked the social media post with the words “No Miller Lite?” in reference to a case of beer observed while the legislators posed for photographs on their way to Washington.

“Not only have they taken a vacation to avoid doing their job, now they want you to help pay for it. This is so embarrassing,” she went on to write on Monday.

Ex-senior legal adviser to former President Donald Trump, Jenna Ellis, asked, “They can’t get all that at CVS?”

On July 12, dozens of Democratic lawmakers boarded private jets and flew to rendezvous with federal politicians in Washington, D.C., in an effort to paralyze the state House after Gov. Greg Abbott called a special session to deliberate on Senate Bill 1 and House Bill 3, a pair of legislation that would ban drive-thru voting, implement more comprehensive voter identification requirements for mail-in ballots, and prohibit officials from sending voting applications to those who did not request them.

As of now, S.B. 1 was passed by the Senate amid the Democrats’ departure from Texas, but H.B. 3 has officially been stalled as the House currently lacks the two-thirds quorum that is necessary to vote on the bill.

A wire transfer from the House Democratic Caucus is what paid for the jets these folks used to flee from Texas. One House member actually put a block of hotel rooms on their personal American Express card. At this point it’s not clear if taxpayers are picking up the tab in part or in whole for this little excursion.

“Democrats have insisted that no taxpayer funds are being used in the excursion, but their Republican counterparts have posited that upward of $1 million will be paid by residents due to the prolonging of a special session. If Democrats do not return in a timely manner, the special session could last for nearly one month, with legislators being paid per diem rates during the process,” the Washington Examiner report says.

Texas Speaker of the Houses Dade Phelan sent out a request asking for the Democrats to return their $221-per-day wages if they are outside of the state.

“Under the Texas Constitution … per diem must be paid to each member for each day of a special session, regardless of whether the member is actually present,” Phelan stated in a memorandum. “I am requesting all members who are intentionally absent for the purpose of preventing the House from conducting business during the special session to return your constitutional per diem to the state’s treasury immediately upon receipt.”