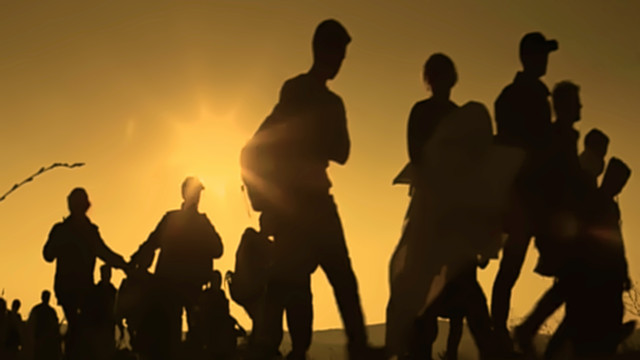 President Joe Biden has been very careful not to call the current mess down at the southern border a “crisis,” and it seems there’s at least one major news organization that has decided to join Biden in avoiding that term for the situation as well.

The Associated Press has reportedly told its reports and editors to not use the word “crisis,” stating the border is not currently in a crisis situation. Well, if thousands upon thousands of illegal immigrants, most of them unaccompanied minors, soaking up all available resources in the area and continuing to show up isn’t a crisis, I’m not sure what is.

Just to clarify, Webster’s Dictionary says the word “crisis” means “an unstable or crucial time or state of affairs in which decisive change is impending.”

In an internal memo last week, titled “From the Standards Center: A note about the current increase in border entrances,” AP Vice President and Editor-at-Large for Standards John Daniszewski said the border situation doesn’t meet that standard, according to The Washington Examiner.

“The current events in the news – a sharp increase in the arrival of unaccompanied minors – is a problem for border officials, a political challenge for Biden and a dire situation for many migrants who make the journey, but it does not fit the classic dictionary definition of a crisis,” the memo reads.

“Therefore,” it adds, “we should avoid, or at least, be highly cautious, about referring to the present situation as a crisis on our own, although we may quote others using that language.”

“The current event in the news — a sharp increase in the arrival of unaccompanied minors — is a problem for border officials, a political challenge for Biden and a dire situation for many migrants who make the journey, but it does not fit the classic dictionary definition of a crisis, which is: ‘turning point in the course of anything; decisive or crucial time, stage, or event,’ OR ‘a time of, or a state of affairs involving, great danger or trouble, often one which threatens to result in unpleasant consequences [an economic crisis],'” Daniszweski stated in a recent blog post.

“If using the word ‘crisis,’ we need to ask of what and to whom. There could be a humanitarian crisis if the numbers grow so large that officials cannot house the migrants safely or in sanitary conditions. Migrants may face humanitarian crises in their home countries. In theory, there could be a security or a border crisis if officials lose control of the border, allowing people to enter unencumbered in large numbers. But, in general, avoid hyperbole in calling anything a crisis or an emergency,” he went on to write.

“Crisis” isn’t the only word on the naughty “do not use” list. Apparently the AP doesn’t want reporters using the term “surge” either.

This, ladies and gentlemen, is what censorship looks like. The AP is serving as a propaganda machine for the Democratic Party by not expressing the full truth of what’s happening at the border, crafting a false narrative designed to keep people from taking a stand against this mess and demanding President Biden clean things up and return To Trump administration immigration policies.