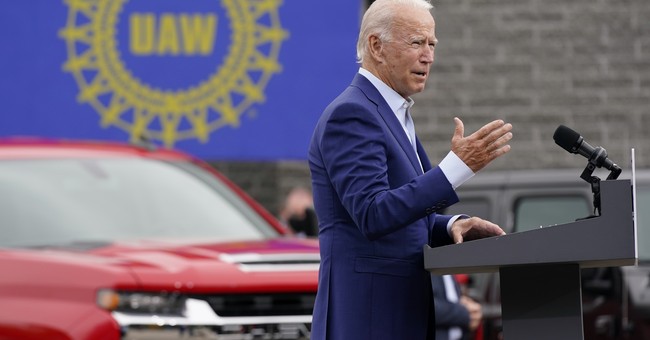 Joe Biden and Kamala Harris are redefining the words “court-packing” in a manner worthy of George Orwell’s 1984, ironically previewing how a packed (i.e., expanded) Supreme Court would redefine the Constitution’s words, abolishing our democratic republic as it has existed for over 200 years.

Perhaps the most revolutionary aspect of our Constitution is that it is a written document. America’s Constitution is the first and oldest written constitution in the world. Like any document, it consists of words on paper, so its meaning rests entirely on the meaning of those words.

Every American has vital interests in those words, including me. I serve on the board of a religious-liberty law firm, concerned that the First Amendment words “free speech,” and “establishment” and “free exercise” of religion must have clear and fixed meanings. I serve on the NRA board, so am concerned about the Second Amendment’s “right to keep and bear arms.” I serve on the board of the Club for Growth, and so focus on the words in the Constitution’s Tax Clause, Spending Clause, and Commerce Clause. As a black man, I care about the Fourteenth Amendment’s guarantees of “due process” and the “equal protection of the laws.”

These fundamental rights survive only when those words have unchangeable meanings.

“A judge must apply the law as written, not as the judge wishes it were,” Amy Coney Barrett said today, speaking of Justice Scalia. “Sometimes that meant reaching results he did not like. But as he put it in one of his best-known opinions, that is what it means to say we have a government of laws, not of men.”

This is why court-packing would destroy our form of government. As Justice Antonin Scalia famously explained, it is our Constitution’s structural protections of separation of powers and checks and balances that actually hold tyranny at bay to protect the people. The greatest check the Supreme Court has over Congress and a president is an independent judiciary with the power to strike down government actions that violate the fixed meaning of the Constitution’s words.

“Court-packing” refers to a president and Congress controlled by the same party to pass a law increasing the number of Supreme Court seats, then packing those seats with justices that will rubber-stamp whatever the government does. They redefine the Constitution’s words to give a pass to whatever the ruling party wants. s

That would destroy a check that is essential to our very form of government, which is why it is the single greatest issue facing the voters in this election. Biden and Harris must not be allowed to continue refusing to answer whether they will pack the Supreme Court should they gain power—a refusal that implies they will do precisely that.

Instead, they redefine “court-packing.” In Orwell’s frightening book, the all-powerful government brainwashed the people with the slogans: War is Peace, Freedom is Slavery, Ignorance is Strength. Words had no meaning.

The Harris-Biden ticket (their term, not mine) is instead redefining “court-packing.” Article II of the Constitution specifies that Supreme Court justices are appointed through two-party agreement, with the president choosing whom to nominate and the Senate choosing whether to advise and consent (which we call “confirmation”).

Yet Biden and Harris are redefining “court-packing” to refer to that ordinary process, inverting the meaning of a term that threatens our constitutional system of government.

Americans must reject Biden and Harris’s bid to eradicate the Constitution’s separation of powers and checks and balances, condemning America to the dystopian one-party rule Orwell warned could be in our future. 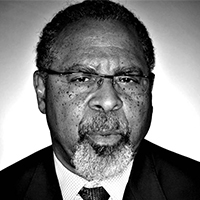 Ambassador Ken Blackwell is a best-selling author and a visiting professor at the Liberty University School of Law. He is a contributing editor for Townhall.com, and a public affairs commentator for the Salem Radio Network. His commentaries have been carried in major newspapers and websites across the United States, including The Wall Street Journal, USA Today, The New York Times, The Washington Post, Investor’s Business Daily, and FoxNews.com.