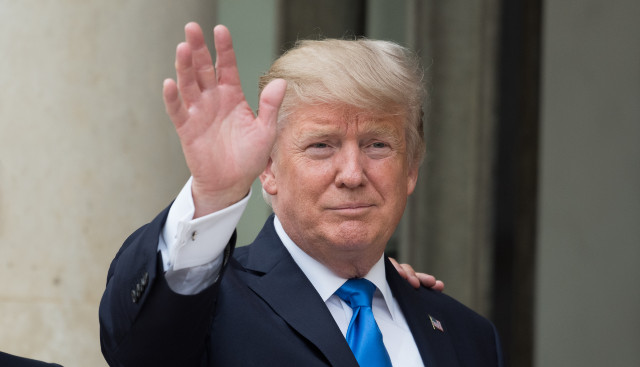 Former President Donald Trump says that there’s only one major negative to going for a 2024 presidential run, and that’s that his candidacy would likely save mainstream leftist news network CNN.

The epic burn by Trump came during an interview with Fox News host Greg Gutfeld. A few excerpts from the program aired on Gutfeld’s show Thursday.

The host stated that if Trump were indeed to run for office again, it would likely rescue CNN from the massive downward slide its experiencing now that he’s not the president any more.

“That’s a problem,” Trump stated in agreement. “I am very proud of what I’ve done for them. You know they are down 81%.”

“They don’t like to cover Afghanistan. They’re torn because if they cover it they will get higher ratings. But they don’t want to cover it because it’s bad for the radical left Democrats. And they’re doing that to protect some of the most incompetent people in history of politics,” the former president said.

Trump consistently slammed CNN during his four years as president. At one point, he even floated a lawsuit threat against the news network over alleged bias.

During his interview with Gutfeld, he said the mainstream media refuses to acknowledge rising crime in America’s cities.

“Look at Chicago where they say 113 people were shot at and 28 died,” he went on to say. “That’s worse than Afghanistan. We didn’t lose, I told you, a soldier in many, many months and here they have 28 people died over a weekend? It’s a disgrace what’s going on.”

Trump is right on the money.

If he were to announce his intentions to run for president in 2024, the mainstream media would explode all over themselves and their ratings would surge through the roof.

After all, for both of his campaigns and his time in the Oval Office, the media went on a feeding frenzy against him, spending the vast majority of their time insulting him and undermining everything he attempted to accomplish during his term.

And the left ate it all up.

They’ve been starving for conflict ever since, which is why they are not bullying the unvaccinated.