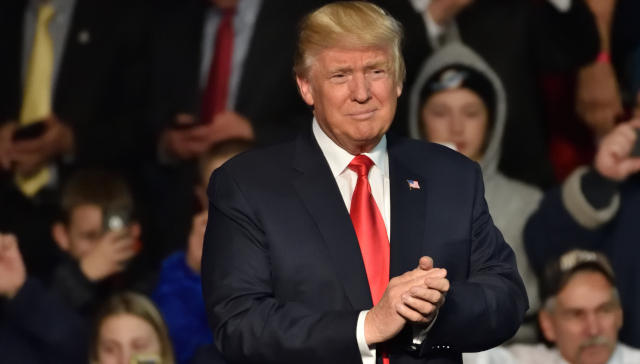 Former President Donald Trump recently said that “RINOs” and “losers” are wanting to keep the focus right now on future elections instead of going back and correcting the things believed to have taken place during the 2020 presidential race in 2020.

Trump, who was the sitting president who got the most votes in history and still lost, warns the “Republicans in Name Only” who don’t learn from the “corrupt election” are simply doomed to repeat it.

A combative and contrarian Steve Inskeep interrupted Trump around 10 times in nine minutes of an interview recorded Tuesday that was not aired live, the last two being at that moment.

“I want to,” Inskeep said, as Trump kept on his point.

“And the only way it’s not going to happen again is you have to solve the problem of the presidential rigged election of 2020,” Trump stated.

Inskeep cut in for the last time, “Mr. President, if I …” before Trump thanked the NPR reporter and ended the interview.

“So Steve, thank you very much. I appreciate it,” the former president said as he left.

Trump rejected Inskeep repetitively debating him on denouncing the ills of the past presidential election, using the words of Sens. Mike Rounds, R-S.D., and Majority Leader Mitch McConnell, R-Ky., two Republicans that claim looking back at the past election puts them at a disadvantage in the midterms.

“No, I think it’s an advantage, because otherwise they’re going to do it again in ’22 and ’24,” Trump remarked. “And Rounds is wrong on that, totally wrong. If you look at the numbers, if you look at the findings in Arizona, if you look at what’s going on in Georgia, Pennsylvania, and Wisconsin, by the way — and take a look at Wisconsin — they’re finding things that nobody thought possible.”

“This was a corrupt election,” the former president said.

At one point in the interview, Inskeep asked why Doug Logan of Cyber Ninjas, the company that conducted the forensic audit in Arizona, said, “The ballots that were provided to us to count in the Coliseum very accurately correlate with the official canvass numbers.”

Inskeep then asked why Arizona then accepted the results.

“Because they’re RINOs, and frankly, a lot of people are questioning that,” Trump noted, pointing to Rep. Andy Biggs, R-Ariz., grilling “some of those same people” in Congress who “weren’t able to answer anything. He made them look like fools. They couldn’t answer a thing.”

Inskeep then attempted to continue debating Trump on this issue, though he failed to produce any evidence to support his position on the matter.

“You know the real truth, Steve, and this election was a rigged election,” Trump stated firmly, not taking any of the garbage Inskeep was spewing.

“Inskeep went back to Rounds’ remarks Sunday on ABC News, claiming ‘a vast majority of your allies in the United States Senate are not standing behind you’ — ignoring the logic that actual allies tend to be allied not in opposition,” the report said.

The interruptions just kept on coming, but the more they did, the more fired up Trump got until he started asking some questions of his own.

“You think Biden got 80 million votes? Because I don’t believe it,” Trump stated matter-of-factly.

“It’s true that you got more than any sitting president in the election you’ve disputed,” Inskeep replied.

“You mean he got them sitting in his basement,” Trump said to Inskeep, who once again interrupted him in order to get to his final question, which would be about ongoing Jan. 6 documents litigation, but never got to ask.