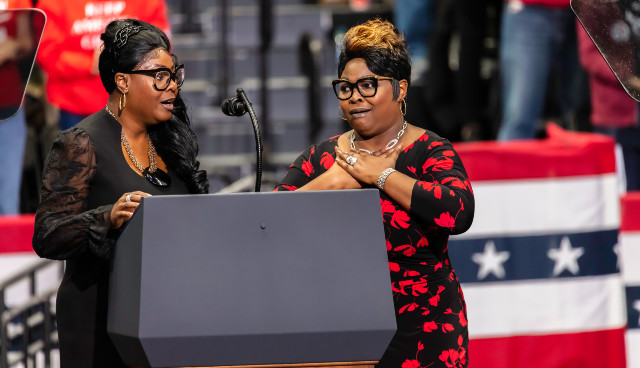 Big time Trump supporters and sisters, Diamond and Silk, who host their own show on Newsmax, took an opportunity last Friday to crack on Fox News for their refusal to run an ad for MyPillow CEO Mike Lindell’s upcoming cyber symposium on the topic of voter fraud, calling the decision a denial of Lindell’s freedom of speech.

“First of all, why are they denying Mike Lindell his freedom of speech, and what is Fox News trying to hide,” Lynette “Diamond” Hardaway stated during their conversation on Newsmax’s Chris Salcedo show Friday. “We looked at the ad. I thought the ad was presentable. It was not political or over-political so what is the problem?”

Lindell, an outspoken critic of the 2020 election results, has claimed fraud and massive irregularities came into play, and after Fox News refused to run his paid TV ad spot promoting the symposium, he has pulled all of his MyPillow ads from the network.

Fox News has acknowledged it declined to air Lindell’s spot. Last year, MyPillow spent almost $50 million for advertising on Fox News and another $19 million this year, according to a report in The Wall Street Journal.

The Newsmax network is currently airing Lindell’s ad. The event is scheduled to be held on Aug. 10-12 in Sioux Falls, South Dakota. It’s not an event for the general public, but it will be livestreamed.

“If he pulled his ads, I think this is going to put a little dent, probably a big dent right on Fox News,” “Diamond” went on to say.

Rochelle “Silk” Richardson then said that it’s time to stop “supporting people or individual networks” if they “do not support you.”