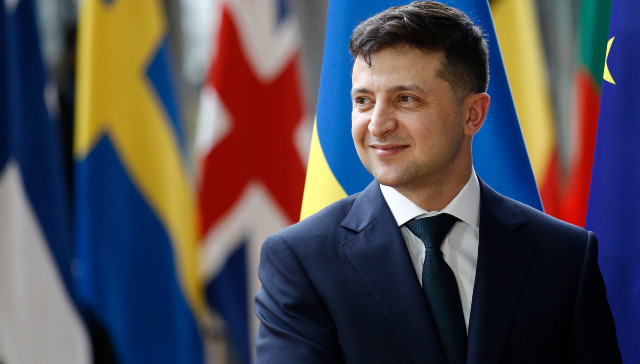 According to new reports, Ukraine, which is currently suffering through an invasion by Russia, is seeking to solidify its bond with Western nations by signing an application to join the European Union as the first-round of Ukraine-Russia negotiations to end the fighting came to a close with no immediate agreements.

Ukraine President Volodymyr Zelensky shared photographs of himself signing the EU application, which is mostly a symbolic move that could actually end up taking years to happen and is not going to sit well with Russian President Vladimir Putin, who has been leveling accusations of the West trying to pull Ukraine into its circle.

Russian and Ukrainian officials held their meeting on Day Five of the war under the shadow of Putin’s nuclear threats, and with Moscow’s invasion of Ukraine running into unexpectedly fierce resistance.

Early Monday night, a top adviser to Ukraine’s president said that the first round of talks with Russia had ended and that both delegations had returned home for consultations in their capitals.

Mykhailo Podolyak gave few details except to say that the talks, held near the Ukraine-Belarus border, were focused on a possible cease-fire and that a second round could take place “in the near future.”

At this stage, Ukraine is many years away from reaching the standards for achieving EU membership, and the 27-nation bloc is expansion-weary and unlikely to take on new members any time soon.

Any country that wishes to be added to the EU must receive unanimous approval. Some of the member nations have complex approval procedures that will take a long time to push through.

“Overall, the consensus has been that Ukraine’s deep-seated corruption could make it hard for the country to win EU acceptance. Still, in an interview with Euronews on Sunday, EU Commission chief Ursula von der Leyen said, ‘We want them in the European Union,'” the report stated.

As stated, this is more so a symbolic gesture by Ukraine, making it clear to Putin they have zero love for him, his regime, and his desire to unify the Soviet Union.

This might complicate talks between the two nations, but at least they are sticking to their guns metaphorically and literally speaking.