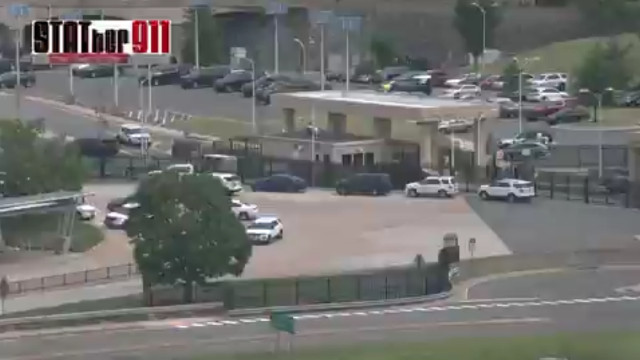 Multiple people have been shot, including a law enforcement officer, outside of the Pentagon on Tuesday. Three have been reported wounded so far, one of whom has already been pronounced dead, during the incident which occurred at the Pentagon Transit Center, which is just mere feet away from the government building.

An official with the Pentagon Force Protection Agency has revealed that the gunman, by himself, was shot by police.

However, the suspect is till on the loose as of this writing and is believed to be traveling to the Maryland area.

The Pentagon was placed on lockdown for a short time before the order was lifted.

“The Pentagon currently is on lock down due to an incident at the Pentagon Transit Center,” the Pentagon Force Protection Agency stated in a tweet published on Tuesday. “We are asking the public to please avoid the area. More information will be forthcoming.”

An hour later the agency added, “The scene of the incident is secure. It is still an active crime scene.” They then requested that people stay away from the area where the shooting occurred.

Officers were seen performing CPR on at least two people, according to video of the incident. The development was witnessed by a Washington Examiner reporter who heard multiple rounds of gunfire.

The Washington Examiner reporter who heard the shots was emerging from the metro station at the time of the gunfire. Nearby law enforcement officers whisked him and others behind a barricade before they were ushered into the Visitor’s Center in a crawl.

Shortly thereafter, law enforcement officers brought an injured male into the visitor’s entrance lobby, where he received medical attention. The person was taken off a stretcher later and had gauze wrapped around his head.

Neither Secretary of Defense Lloyd Austin or Gen. Mark Milley, the chairman of the Joint Chief of Staff were in the building when the attack occurred.

Who wants to bet the leftist media is hard at work crafting a narrative to make the shooter out to be a Trump supporter or “right-wing terrorist,” so they can continue to vilify folks who just simply want freedom and liberty for all?