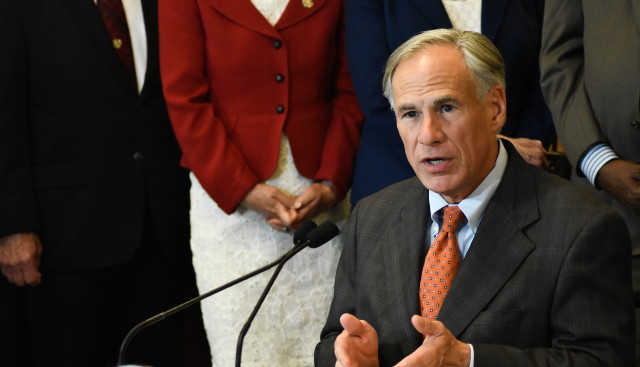 Speaking to the news media on Wednesday, Texas GOP Gov. Greg Abbott put President Joe Biden and his administration on the hot seat after allegations have surfaced of immigrant children being sexually abused at a federal detention facility in San Antonio, Texas.

Abbott, fired up and angry, said, “These problems are a by-product of President Biden’s open border policies and the lack of planning for the fallout from those disastrous policies.”

The governor then said that the Biden administration “is now presiding over the abuse of children.”

“Earlier today, The Texas Health and Human Services Commission and the Texas Department of Family and Protective Services separately received tips that allege child abuse and neglect at the federal government’s Child and Migrant facility at the Freeman Coliseum in San Antonio behind me,” the Texas governor stated. “These problems are a by-product of President Biden’s open border policies and the lack of planning for the fallout from those disastrous policies.”

“This must end,” he said, clearing meaning business. “The Biden administration must act now. This facility should shut down immediately; the children should be moved to better-staffed and better-secured locations, and Texas Department of Public Safety and Texas Rangers must immediately investigate allegations of child sex abuse.”

Abbott went on to answer a question from a reporter, saying, “The complaints were received by two separate state agencies this morning. … As you may know, they were required by law to pass that on to the appropriate legal authority, which they did.”

“The Biden administration has already said they have other locations across the entire country. Certainly they must have locations that have better staff, better safety measures, situations where children would not be subject to abuse like this,” the governor asserted.