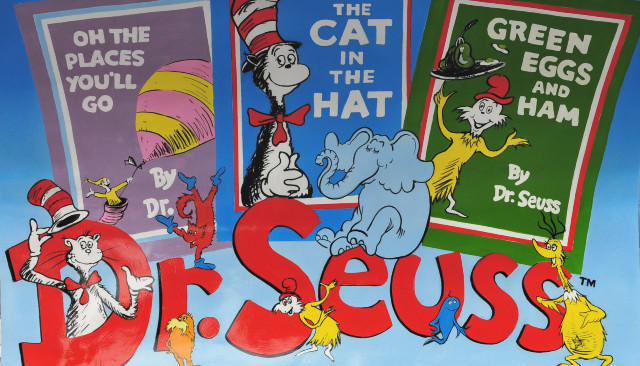 This time they are setting their sights on famous and legendary children’s author, Dr. Seuss. Why? Because “racial undertones” or some such nonsense.

For over 20 years, March 2 has been officially recognized as Read Across America Day to honor the memory of the birthday of beloved author Dr. Seuss. The day was originally founded by the National Education Association, which is the country’s biggest labor union, back in 1998.

The theme for the day this year is “Create and Celebrate Diversity.”

Learning for Justice — a left-wing educators group — is demanding that Dr. Seuss be canceled. A prominent Virginia school district has taken marching orders and ordered its schools to avoid “connecting Read Across America Day with Dr. Seuss.”

Loudoun County Public Schools, one of the nation’s most affluent school districts, announced that it will no longer recognize Dr. Seuss on his birthday. In an announcement obtained by The Daily Wire, the school district said that Dr. Suess’s children’s books contain “racial undertones” that are not suitable for “culturally responsive” learning.

“Realizing that many schools continue to celebrate ‘Read Across America Day’ in partial recognition of Dr. Seuss’ birthday, it is important for us to be cognizant of research that may challenge our practice in this regard,” the announcement goes on to say. “As we become more culturally responsive and racially conscious, all building leaders should know that in recent years there has been research revealing radical undertones in the books written and the illustrations drawn by Dr. Seuss.”

There’s a magazine article titled, “It’s Time To Talk About Dr. Seuss,” in which Learning for Justice cites a study conducted by St. Catherine University that claims Dr. Seuss’s books are chock full of “orientalism, anti-blackness, and white supremacy.”

Because, according to the woke mob, everything that exists is racist. Nothing is safe. Nothing. If these folks didn’t invent racism in everything they wouldn’t be able to exist as a group and since some folks do this nonsense as a job, that means someone would be in the unemployment line and forced to get a real job to make ends meet.

These “researchers” did a survey of 50 of Dr. Seuss’s books and concluded there isn’t enough diversity in them. Keep in mind that the bulk of these were written back in the 1950s. Context seems unimportant to the left.

“Of the 2,240 (identified) human characters, there are 45 of color representing two percent of the total number of human characters,” the study reveals. Of the 45 characters of color, 43 “exhibited behaviors and appearances that align with harmful and stereotypical Orientalist tropes.”

“It’s also important to note that each of the non-white characters is male and that they are all ‘presented in subservient, exotified, or dehumanized roles,’ especially in relation to white characters,” the organization said.

And according to Learning for Justice, if you dare to try and defend Dr. Seuss you’re a “racial apologist” and think “bigotry doesn’t matter.”

According to a slew of biographers, scholars, and historians, much of the “racist” portion of Dr. Seuss’s work was done before his famous books. His “problematic” cartoons came during his career as a cartoonist and ad man.

The education group also tells teachers to directly discuss Dr. Seuss’s “racist” past with older students, though “older students” remains an undefined category. Teachers were asked to explain to students how racism shows up in places and people they may least expect.

The real question on my mind is who is next on the old chopping block for the Marxists and their obsession with Critical Race Theory?